Last year I reviewed director Joe Badon’s fabulous film The God Inside My Ear (review can be found here). At the end of that review I said “Badon is onto something here, and I hope he continues to create this type of unsettling cinematic fare.” It would appear as if that is the case.

A Kickstarter campaign has been launched to help fund Badon’s newest flick, Sister Tempest. This film sounds absolutely insane, but in a good way. Badon described the film to me as a “SUPER weirdo film with aliens, godzilla-sized astronauts, a space council, a giant floating head, a cosmic camera crew, nazis, cannibalism and vampires all wrapped inside of an art-house drama!”

Sounds good to me! Please check out their Kickstarter page and consider supporting Joe as he makes his next feature film. There are some great perks, some even having the opportunity to get two films for the price of one! Donations of $20 not only get a copy of Sister Tempest, but also get a copy of The God Inside My Ear. Let’s get this thing funded! 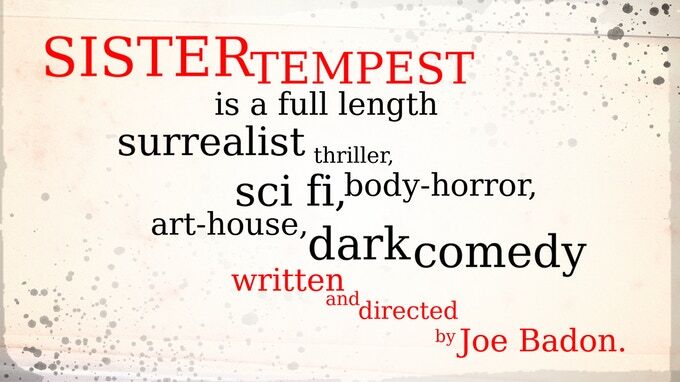